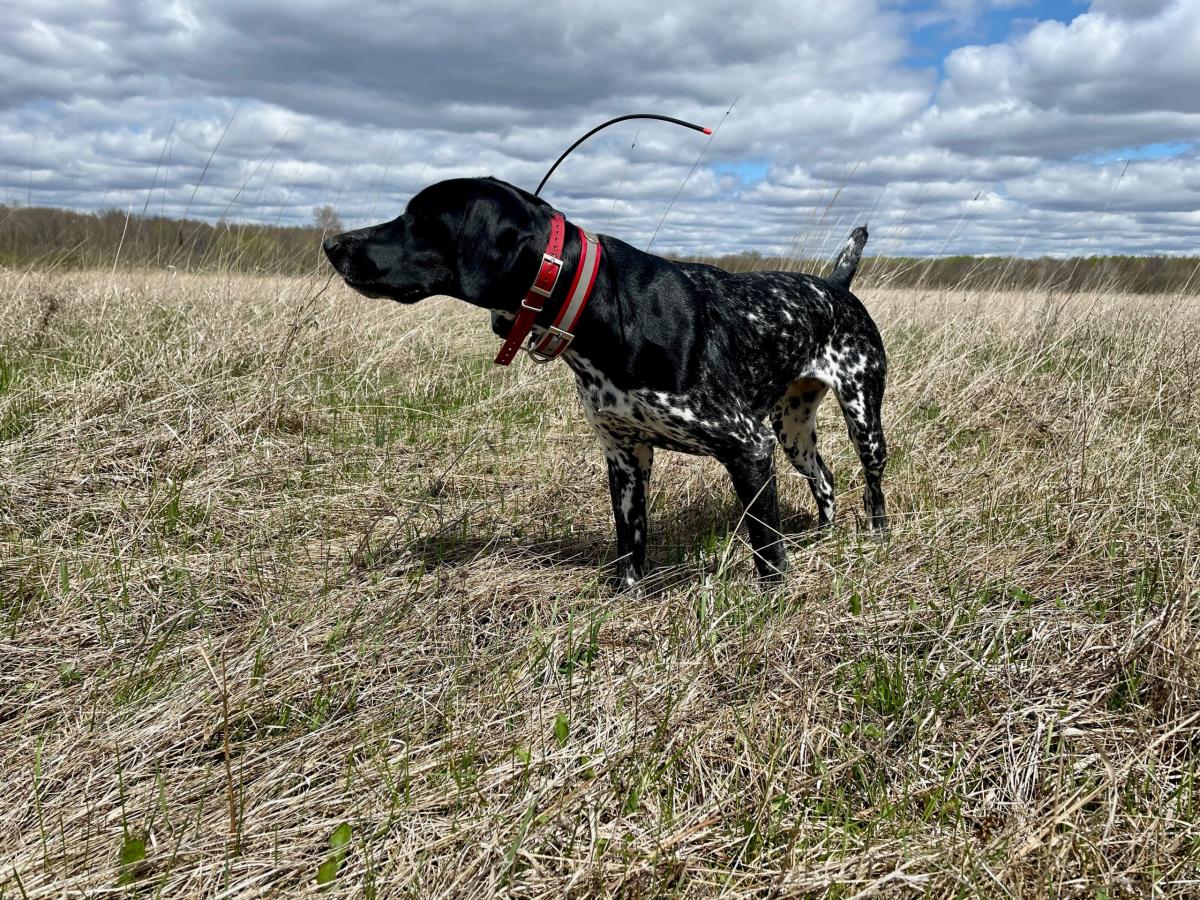 I’ve been running hounds my whole life, 36 years. I got my first bird dog 9 years ago. If you, or God forbid my wife, made me choose one or the other I would be extremely torn. It’s amazing how different they are but the relationship is still the same. Hounds hunt FOR you while a well-trained bird dog hunts WITH you, but with both, your success is defined by the relationship you have with your dogs and the time you invest with them.

As I said earlier, a well-trained bird dog must hunt WITH you, not for itself.  Because of this, there is a lot more one on one training than with a hound.  I own/train pointing dogs and I prefer a dog that establishes its point and then stands still through the bird flush, the gun going off, and the bird falling until it is released by the handler to then retrieve the bird to hand.  A well-trained pointing dog will also honor the point of another dog and stand still until the bird is worked and the dog is then released by the handler.  For someone who has never seen “finished” pointing dogs work together, it is a thing of beauty and something that drew me to pointing dogs.  As you can imagine, this level or training doesn’t come easy and takes a lot of time and dedication from the handler as well as a dog with a sound enough mind to overcome the pressures and challenges that come with this level of training.

Hounds on the other hand, hunt FOR you.  A well-trained hound will work together with the pack and won’t quit until its quarry is caught, whether it be by itself or with others.  The key to training a hound is knowing what it's strengths are and putting it in the right position to be successful as well as putting it in the right position to build up its weaknesses.  If you have a young dog that’s struggling to run a track it is probably not wise to throw it out on a 12-hour old cold trail with a bunch of experienced dogs and expect it to make a race.  Yet when that dog has shown it can run a hot track it may be time to challenge it a little more by giving it the chance to work out a 12-hour old track with the experienced dogs. A good hound does everything well, but anyone that tells you that all their dogs excel at everything is either lying or just ignorant to the truth.  The truth is most hounds have weaknesses and the ones that don’t are few and far between.

The best trainers/handlers I know in both the bird dog and the hound worlds are exceptional at a few things:

Second, they know when and how much correction is needed.  If a hound puppy is trashing its first time in the woods turning your Alpha up to 18 and letting em' have it is not a wise move, that dog has no idea that it is doing anything wrong.  The same with turning your Alpha up to 18 and letting a bird dog puppy have it when it chases a bird instead of pointing it.  The ground rules must first be set by using timely, yet minimal, correction and encouraging positive behavior.

Third, they know how to adapt their training to the individual dog.  Not all dogs are the same, some dogs you could beat with a 2x4 (not recommended) and they’ll still be wagging their tail.  Other dogs if you give them a stern “no” they’ll shut down for the day.  If you’re using the same methods and same consequences for all of your dogs, you are likely ruining some and not getting the most out of others.  Expand your techniques and find out what works well for others.  “There’s more than one way to skin a cat.”

Finally, they never get too high or too low.  Dog trainers say, “keep your emotions out of training.”  Although we’re all human and bound to let our emotions get the best of us, it is best to try to stay as neutral as possible because all dogs key off their handler’s emotions.  If you get angry with a dog during training it will concentrate more on your emotions and how your emotions will affect them than it will the task you’re asking of it.  Dogs also have a way of humbling us.  Just when you think your hound is broke and couldn’t possibly run trash, the damn thing will run a deer.  Just when you think your pointing dog is as steady as a rock on point, the damn thing will break and bust a covey of quail 200 yards out.  Be proud of your dogs, celebrate with them, but always remember they’re just dogs, just as you’re only human.

If you currently only have one or the other, hound dogs or bird dogs, and are looking for another hobby or a way to fill some free time, I encourage you to pick up the other.  It’s incredible how much the things I’ve learned from one set of dogs have helped me with the other.  It is now a year-round journey for me and I wouldn’t have it any other way!